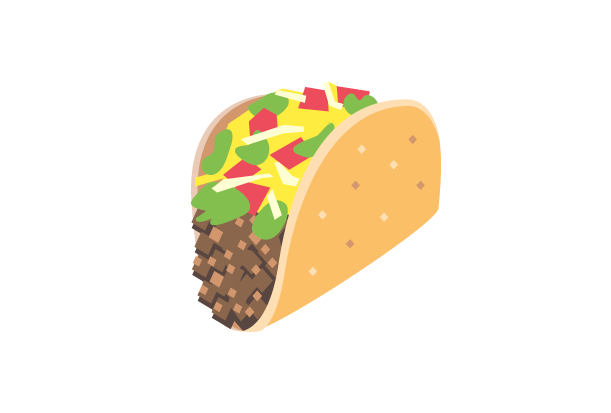 Since the dawn of man, artists from around the world have dedicated their lives to creating works of art and pieces of literature that inspire generations, spark conversations, and invoke emotion. Thank you Michelangelo, Leonardo, Donatello (and no, I’m not referring to any mutant Ninja Turtles).

Fast forward to the 21st Century. There’s a new art form on the rise that is synonymous with our desire for simplicity and our affinity for portmanteaus (Brangelina, anyone?!). The emoji. That’s right. These tiny icons, appropriately named by combining the Japanese words for picture and letter, are so popular they are now considered part of the English language. In fact, “😂” made Oxford Dictionary’s “Word of the Year” in 2015. So for all you etymologists out there - you might want to take on a new field of study.😉

You’ve likely heard the phrase, “A picture is worth a thousand words,” artfully constructed and widely pronounced by ad campaigns in years past. But what about the emoji? What is this simple graphic worth? As ad campaigns become increasingly interactive and immersive in nature it shouldn’t surprise anyone that emojis are taking the ad world by storm. According to recent research from Appboy, the growth of emoji use by consumers has increased 20 percent month-over-month this year alone. They are now more likely to send an emoji than they are to snap and send a photo via SMS. Major brands are taking notice, implementing taco and pizza slice emojis in major ad campaigns.

Karmies, one of the 10 companies in the 2016 Sprint Mobile Accelerator powered by Techstars, has succeeded in bridging the gap between these visual delights and mobile commerce. We at Pinsight are proud to introduce Karmies to our family, jointly introducing a new ad unit that offers complete freedom to add coupons and other incentives behind emojis, increasing consumer engagement. For brands and advertisers, this technology goes beyond advertising, reaching consumers in the most personal format: their mobile messages.

“By teaming with Pinsight, we have the ability to introduce this new ad unit to the industry at scale, giving both advertisers and publishers a fresh way to connect with their customers,” said Megan Haines, CEO of Karmies. “Together, we are bringing both mobile app expertise and a creative format that goes beyond basic mobile monetization, driving higher customer lifetime value and brand engagement.”

Karmies Interactive Emoji Platform integrates seamlessly with messaging platforms of all shapes and sizes. For our publisher pals out there, this interactive ad unit drives user acquisition and engagement, increasing the number of user sessions and keeping users in your app longer.

Wouldn’t it be convenient if you could send dear old Dad an early Father’s Day gift via a clickable icon? By using “⛳️,” it could take him to a coupon for the latest golf gear from his favorite sports retailer. Or, take advantage of summer fun by offering discounted airfare via "✈️" or by promoting happy hours with the ever popular (and my personal favorite) “🍷."

So avoid your FOMO and emoji on my friends. Email karmies@pinsightmedia.com for more information or to simply send us your favorite emoji phrase - we promise to 👏 and 😂.